Average Speed Cameras have a proven track record of reducing casualties and excessive speed and their high visibility leads to better compliance with the speed limit. The first in Scotland was installed on the A77 in Ayrshire between Bogend Toll and Ardwell Bay in 2005. The latest three year figures to July 2015 show a 77% reduction in fatalities and a 74% reduction in those seriously injured compared with the 2005 established baseline. 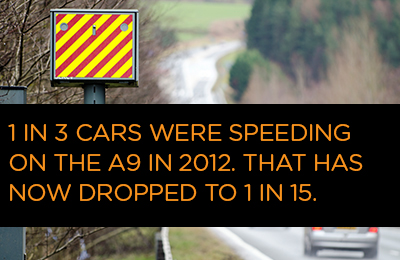 The camera system is part of a package of measures that have been introduced on the A9 in a bid to improve safety in recent years. For example, more than £50 million has been invested in safety and structural improvements on the route since 2007. This includes improved consistency of signing and lining, improved geometry and safety barrier works as well as variable messaging signs displaying journey times.Average Speed Cameras are automatic digital camera systems that determine the average speed of vehicles. They detect vehicles through Automatic Number Plate Recognition (ANPR) and calculate their average speed by measuring the time taken to travel between defined points of a known distance apart. A conspicuous signing strategy is used to inform drivers that they are entering an average speed control zone.

The A9 Safety Group is also committed to reviewing the current signing and lining as well as landscaping works to improve forward visibility to users of the road. 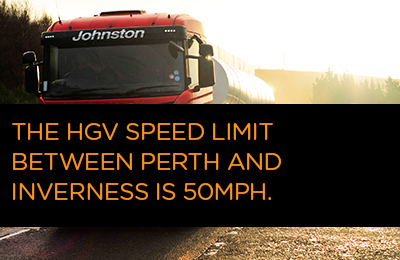 The system is visible along the A9 from just north of Keir Roundabout (Dunblane) to just south of Raigmore Interchange (Inverness). While this is approximately 136 miles (220 kms) the system will not operate over the entire length.

North of Perth there are seven distinct average speed camera system zones all of which are single carriageway sections. The cameras are generally five to seven km apart. South of Perth, there are 12 camera locations on the northbound carriageway and 11 on the southbound carriageway spaced every 5 to 7 km apart. South of Perth the cameras will address the high severity turning accidents being experienced at the cross-over junctions where the high speed through traffic is in conflict the slower turning traffic.

The A9 system will use the latest generation of camera technology approved for enforcement. The enforcement sections will be configured to take into account the features of the road, including changes in speed limits and dual and single carriageway sections.

A review of average speed camera systems deployed elsewhere in the UK was undertaken by the A9 Safety Group prior to determining their suitability for the route.  While the focus of the review was to consider the casualty reduction impact such systems have, there was also evidence to suggest that sustained changes to driver behaviour could be achieved. The key performance indicators introduced by the Group sought to evidence this and now with over 24 months of camera operation there is clear evidence of sustained change in driver behaviour across the route as illustrated below in respect to the Perth to Inverness section. The Dunblane to Perth section is also displaying a similar profile. 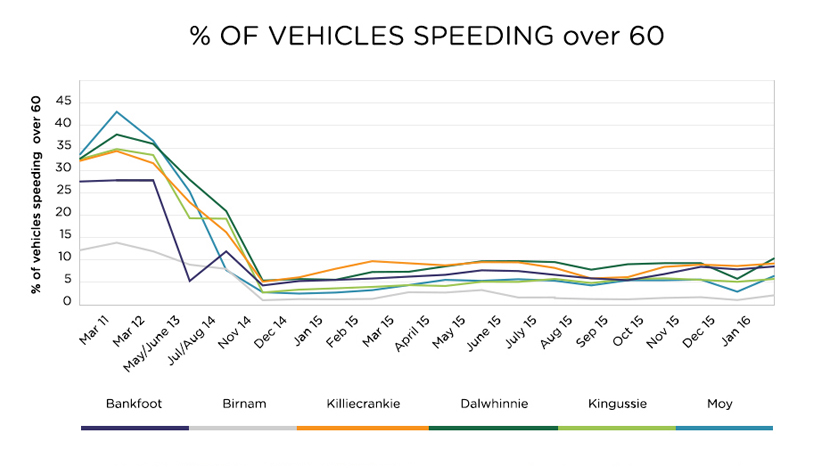