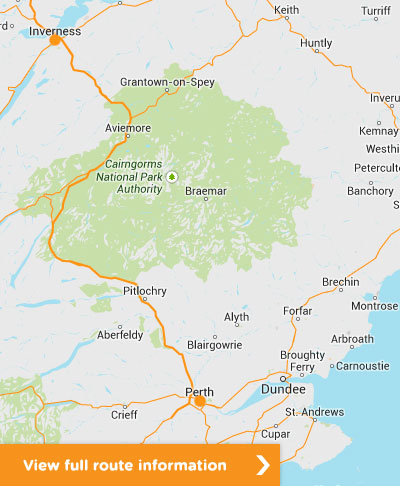 There are dual carriageway sections:

There are four sections of 2 + 1 carriageway at Moy, Kincraig, Nuide and Carrbridge, with the two lane sections being for northbound traffic at Kincraig, Carrbridge and Moy.

The single carriageway sections of the A9 between Perth and Inverness are DMRB compliant with excellent forward visibility presenting good overtaking opportunities. Carriageway widths are in excess of 7.5 metres throughout with 1 metre hard edge strips. Dual carriageway sections are 2 x 7.5 metre carriageway with few side road  central reservation gaps. There are four 2+1 sections between Perth and Inverness. The Scottish Government’s dualling programme for the A9 commenced in 2015 and will impact along this part of the route until 2025.